The tradition of All Fool’s Day really started in the Middle Ages when the 25st of May celebrated the New Year. I was celebrated for eight days. So the last day was the first of April. When later in the middle of sixteenth century New Year’s Day moved to the first of January the practical jokes that where part of the celebration stayed.
The first recorded April Fools’ Day hoax is from 15098 in France. But it occurs already in 1392, in the Canterbury Tales. 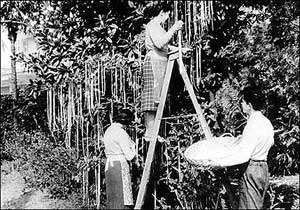 Later TV and other media have taken up the tradition. And some very famous pranks have been played on its citizens, like the when Swedish national TV, in 1962, tried to fool its viewers that one could put a nylon stocking in front of the TV screen in order to get color TV or when BBC was visiting a spaghetti plantation in 1957 or as late as 1996 when Taco Bell posted adds saying that they had bought the Liberty Bell in Philadelphia renaming it to Taco Liberty Bell, or just to mention the release of left-handed hamburgers or flying penguins. 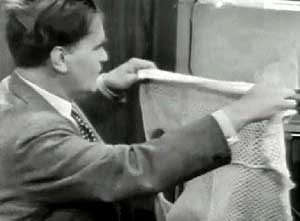 Other days in the world where people put practical jokes ion each other is:
Iran on either the first or the second day of April wish is their 13th day after the new year.
Korea, in 1392 to 1897, was the first day of snow.
Spain celebrates the 28 of December (the Massacre of the Innocent).
And in Sweden and Denmark we also have the first of May.

If this is not a joke off course…

One Response to Aprils Fools’ Day