Carnival and the popular feast (Part 1) 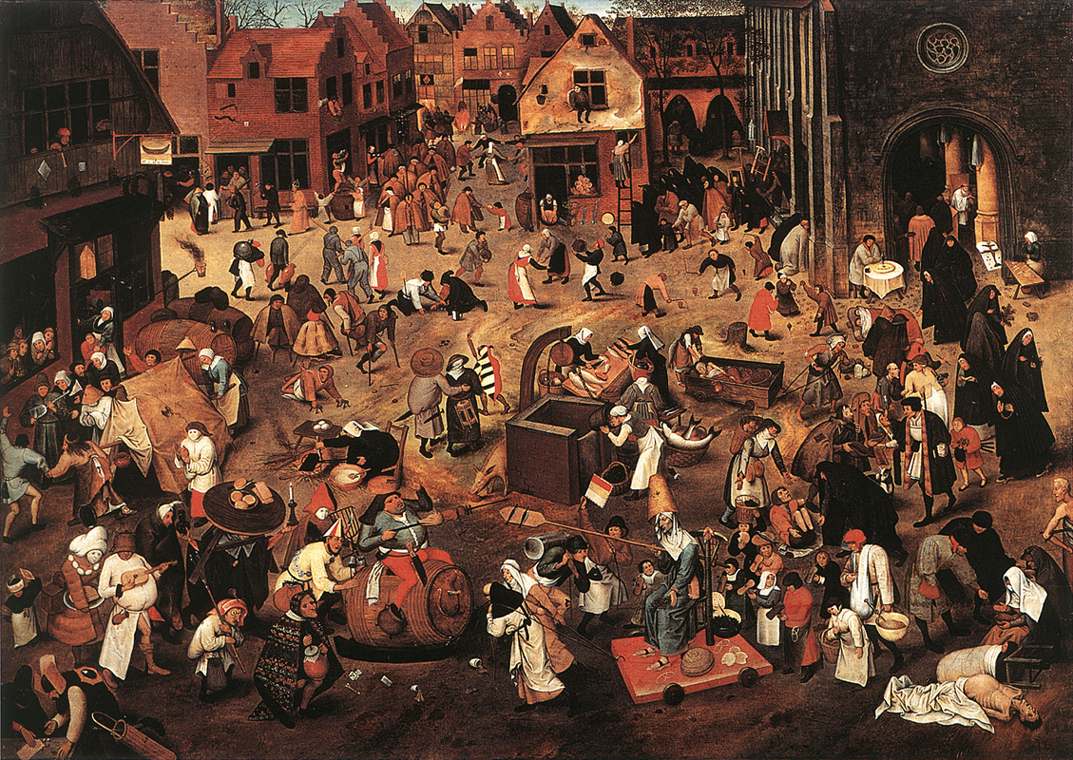 As we have seen in Charlatano and the square in Commedia dell’Arte the market square and the life in the streets were a form of refuge from the hard everyday life and the oppression of the state and the church. It had a familiar and popular air and a lingo were swearwords, cursing and castigating everything (even the church) were allowed as long as it was executed in a happy and festive atmosphere. The carnival was celebrating life itself through the re-creating and the resurrection of spring. Everything old and dead, all order and power (that represents the static and permanent – therefore the dead) and all seriousness (the always talk the language of the power) were heckled and thrown away. Consequently the carnival was the merriest and the wildest of festivals.

The carnival was also always playing on the limits of the law, even though the people had special rights during the carnival from an otherwise hard and totalitarian society. That was about freedom of speech, the right to eat meat, freedom from work, the right to wear a mask and so on.
An eyewitness from the theological faculty in Paris, as early as 12 mars 1444, complains to the bishops and the capital chapter in France about how the burgess and the lower clergy are amusing themselves in the church during the feast of fools. (Translated into English by E.K. Chambers.):

“Priest and clerks may be seen wearing masks and monstrous visages at the hours of the office. They dance at the choir dressed as women, pandars and minstrels. They sing wanton songs. They eat black puddings at the horn of the altar while the celebrant is saying Mass. They play dice there. They run and leap through the church, without a blush at their own shame. Finally they drive about town and its theatres in shabby traps and carts; and rouse the laughter of their fellows and the bystanders in infamous performance, with indecent gestures and verses scurrilous and unchaste.”

Another part of the popular feast was what Bachtin calls the language of the marketplace. Curses were an important part. They were mostly aimed at specific living persons. It could be the official persons of the town, old men with young wives or those married without children. The carnival celebrated first of all life in itself and those who are all in some way representing that that wants to suppress or deny life. But the curses where also ambivalent and familiar in the same way as we can call a friend “you old bastard” in a friendly way, or even to in order to confirm friendship.
Janus – the double faced god – was also the god of the carnival as a symbol for the ambiguous, the multifaceted, the undefined… 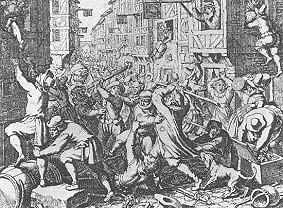 When I write about the Carnival and the popular feast, as a part of Vulgar Comedy and its influence over Commedia dell’Arte, I also include church festivities such as: Christmas, Easter,  the Feast of the Ass, the Feast of Fools and so on. Also pagan rituals like the May feasts and other fertility rituals, the Midsummer Feast, the Harvest, New Year’s celebrations etc. and personal feast days like birthdays, weddings, even state celebrations like: victory processions, crownings, official weddings and so on may be included.
All of these festivities and celebrations are somewhat related, as will can see HERE. They are celebrated much in the same way, with primitive performance, dramatized ceremonies and/or rituals. They are all parts of the roots to Commedia dell’Arte with their characters, structures, and special freedoms.

9 Responses to Carnival and the popular feast (Part 1)