It is seldom a very good idea since one of the cornerstones of Commedia dell’Arte is its fixed masks.
The fixed masks create fixed characters. I mean that either the masks or the characters wearing the masks can change during the show. It is the same for the characters that doesn’t wear a mask. In Commedia dell’Arte they are following the same rules. Those characters are even called masks as well.
For example: a mask as Pantalone  , who are representing death, old age and fixed values, and who must symbolically die or be dethroned by the end of the show in order to give room to new life and the Innamorati. (See part two).
So what if Pantalone would change during a performance and understand that he has done wrong. Then he would no longer represent what he stands for and therefore he would no longer be an obstacle. That would make the dethroning of him a pure sadistic execution. 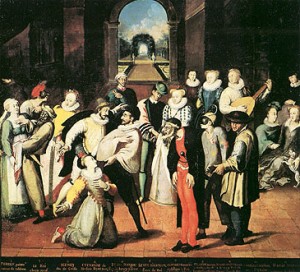 Now, in most modern plays (more or less since psychology entered the theatrical world) at least the leading role is changing, we often talk about his or her journey.  He or she is very seldom the same person in the end of the play as he or she was in the beginning.
To take two examples: Nora in ”A Doll’s house” by Ibsen, has made her journey and is a free woman when she slams the door by the end of the play. Or the Captain in ”The Father” by Strindberg, who in the end of the play (much like dethroned Pantalone though)has to give up his daughter and also has to become mad to give up his role as the patriarch. 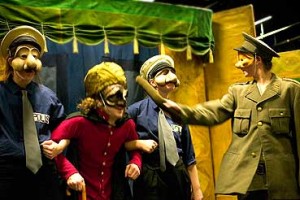 This is the sixth part in a series of six from a seminar I held at the Royal Dramatic Theatre in Stockholm about Commedia dell’Arte and its relevance in a modern context
See also Part one, two, three, four or five.