As an example of how religion and the relations between gods and the people (HERE I’ve written about the impact it made in Scandinavian theatre) has changed we can study the story about Noah and the deluge. 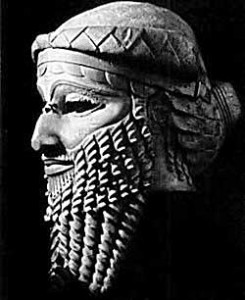 The first time we meet the mythological deluge it’s in the Sumerian Epic of Gilgamesh from roughly 2100 – 2000 BC. The whole story was first found about 1850 when Assurbanipal’s library in Nineveh, from 668 – 627 BC, were found, but wasn’t translated until 1872 by George Smith.
Here the reason the goods cause the deluge is their own mistake. They created man to do their hard work in the fields and building canals. But man breed and multiplied so that their noise became too much for the gods. So in order to erase their mistake they called upon the deluge.
When later the Bible copied the story into Noah’s Ark the reason for the deluge was suddenly that the people had sinned. 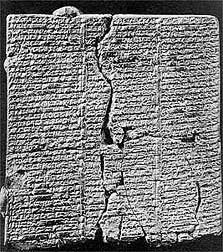 What we see here is a typical example of how religion changed by giving the gods more and more power. We are going from a religion were people could use their gods to give them what they needed to a religion were the people are only a tool in the hands of their gods.
It is also here that the gods were the ones how gave some people their power. Power is from that moment something given by the gods.
And since early theatre, feasts and religion are so close connected it is no wonder that the powerful used the situation to make the rites, feasts and the theatre to favor themselves. (Read more HERE)