Goldoni and the end of an era (Part 1) 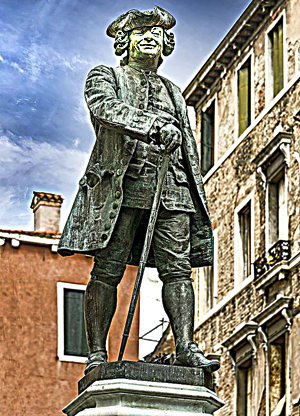 Let us use Goldoni to explain how Commedia dell’Arte died out in the middle of the eighteenth century, with the background we already discussed here in mind. Not that we really can accuse Goldoni for being the killer of Commedia dell’Arte, besides the chronology does not come out right as the beginning of the end started much earlier. But it works as a good place in time to hang up the explanation to the process that leads to the end of the era.
It is an ironic fact that the resurrection of Commedia dell’Arte in our days started with Giorgio Strehler’s staging of Goldoni’s “Arlecchino – Servitore di due Padroni” at Piccolo Teatro di Milano.

Count Carlo Goldoni, who now stands as a laughing statue in Campo S. Bortolomio vid Rialto in Venice, begun to reform Commedia dell’Arte in the middle of the eighteenth century in the almost 250 plays he wrote (including tragedies and opera librettos).

It is said that the actors no longer played at the same advanced level. They did not manage to play in such a difficult gameplay. At the same time there came a lot of actors, with different levels of skill, who wanted to try their luck in Italy, while many of the best actors; as Goldoni himself, at times fled Italy for Paris, Vienna or Eastern Europe. 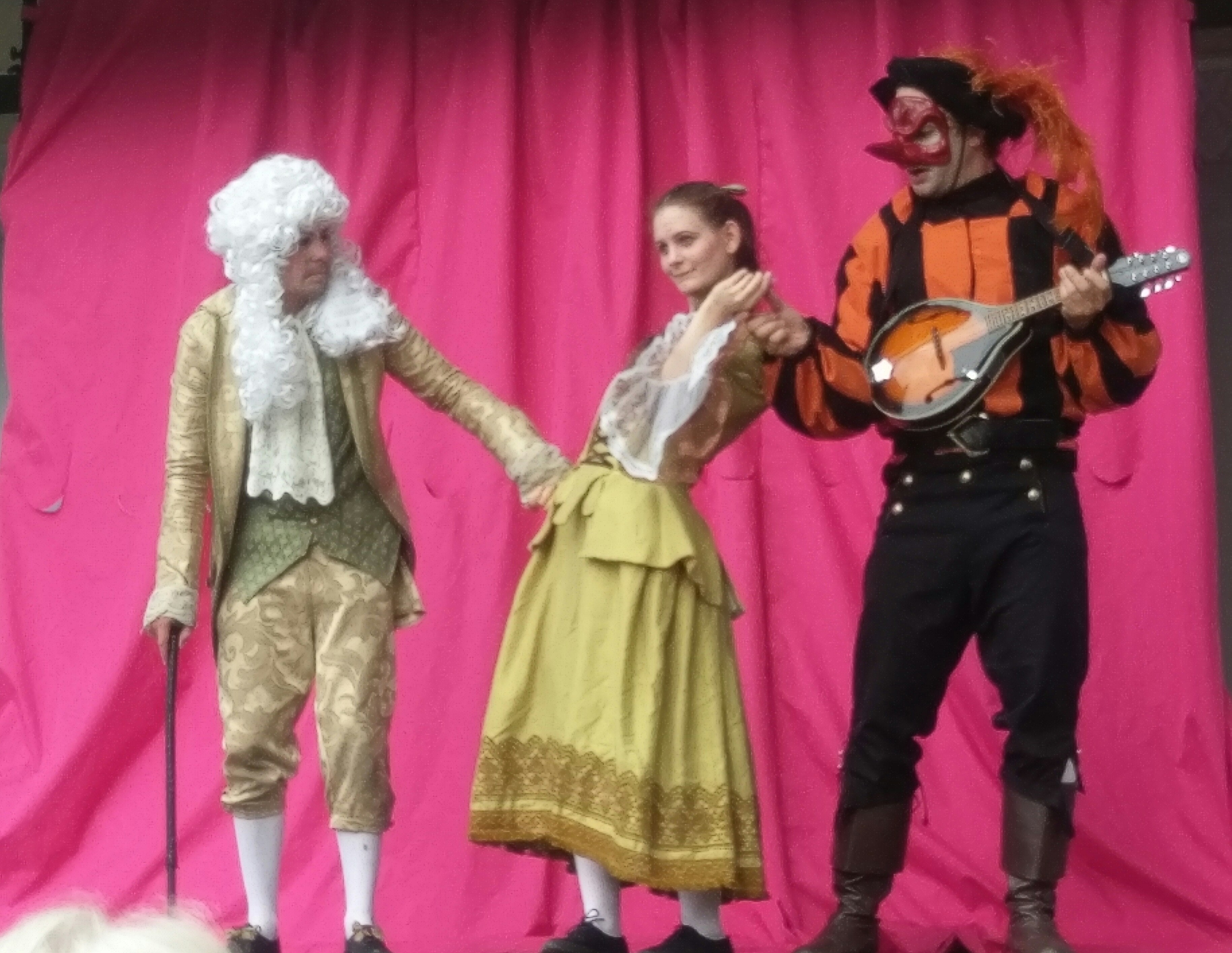 Goldoni’s strategy solve this was to take of the masks from the characters so that the actors did not have to care about the mask technique and did not risk to end up in the trance like acting that the mask also demands. Another reason is that the masks of Commedia dell’Arte had lost a lot of their meaning as they became gradually more abstract as phenomena in society as the world proceeded.
By taking of the masks he also kills the passion, the ardency, of the acting, the ritual, stylized, and crazy, insane in the genre – the core of Commedia dell’Arte. Instead he lets in a civilized, restrained, bourgeois comedy up on the stage.
The masks are one-dimensional and static. So at the same time he takes of the masks he also creates the possibility for the characters to develop during the performance. Consequently he gives the way for psychology within the plays that replaces the clear, crude instincts, the visual acting style and the mad, happy energy that Commedia dell’Arte depend upon. He gains the inner truth at the cost of the feast and the outer reality.

He also took away all opportunities for improvisation and play with the audience as he started to make Commedia dell’Arte text based. He did that since he did not consider the actors of his time receptive enough to improvise.
It is said that he did that after writing a scenario to a group, but when he saw the miserably result he went home to write down the whole play with lines to the actors. By doing so he also deletes basic aspects of Commedia dell’Arte and therefore kills Commedia dell’Arte by changing it into a literary genre.