Goldoni and the end of an era (Part 2) 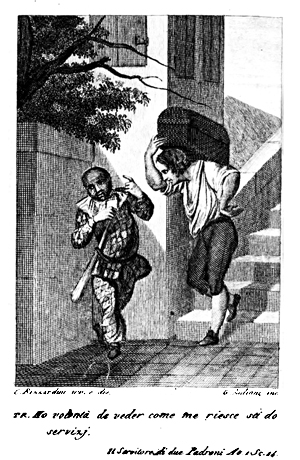 When Goldoni did replace the Commedia dell’Arte actor’s improvisations and whims with a ready written text he did not just kill the life in the words that came in the encounter with the audience, ha also changes Commedia dell’Arte into a literary and psychological genre. In that way he could also control the results of his production. What he created was the author’s stories, dialogs and ideas, not the actors.
As it was no longer the mask’s or the actor’s performance and escapades that was driving the plot, but the author’s ready written stories, focus slides from the actor’s to the author’s theatre, in step with that the audiences started to demand more plot in the performance.

Count Carlo Goldoni wanted to use this theatre of the author to delete subjects and traditions from Commedia dell’Arte that he saw as obsolete or “low”, as parts of farce or slapstick comedy.  He also criticized Commedia dell’Arte for being crude and for its burlesque acting style. He wanted to polish the facade to suit a new bourgeois audience. The plots were also moved from the streets and squares into the homes and the private sphere. The result was that he no longer wrote Commedia dell’Arte but bourgeois comedy.

The burgeoning Enlightenment, and its sober intellect and rational thinking, there was no longer any room for Commedia dell’Arte, with its burlesque and its fantasies. No only Goldoni, but persons as  Luigi Riccoboni and Marivaux tries to save Commedia dell’Arte by turning it in to a literary genre with an explicit dramatic structure. At the same time they wanted to delete the crude, trivial and playful acting. 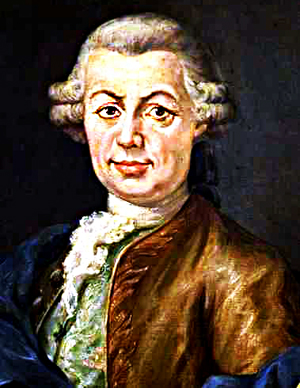 Goldoni had his antagonist in another count, the hunker Carlo Gozzi. He did not want to see any changes or development to Commedia dell’Arte what so ever. He re-reformed the Commedia dell’Arte. He reintroduced the masks and the looser structure in the performance, which beefed up the actors a space in the shows. De comedies he wrote were more prodigious, with much inspiration from fairytales.
He became very successful during a short period in the eighteenth century. Evil tongues even say that his fame was because Goldoni moved to Paris. Gozzi’s plays started a trend in the theatre life of Venice at the time.
As time went by and society changed Goldoni won the battle with his new form of comedy. The scripts and scenarios of Gozzi do mostly live on as libretto to operas such as Turandot by Puccini or The Love for Three Oranges by Prokofiev.