Goldoni and the end of an era (Part 3) 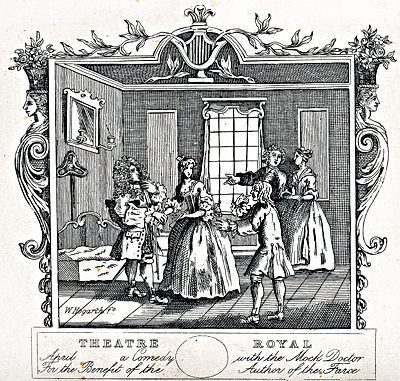 During the end of the eighteenth century, when the bourgeois comedy had been well established and taken over the theatre scene, Commedia dell’Arte and the vulgar laughter started to be looked at as something quaint and exotic. As new middle-class values occupied the stage the carnivalistic laughter was pushed out from the burgeoning bourgeois delicate saloons.

Instead the bourgeois started to form their own look on humor. It was not laughter or comedy, but humor, as something innocuous, distant, detached, full of escapism whose only function was to amuse and, as a tenaciously glue, hide conflicts and keep all turbulence under the surface. Humoresques, Esprit, inoffensive puns and wordplays, conciliatory, heartfelt jollities were affirmed as distractions and abeyance.  Or as Per Hallström said as late as 1895 in a lampoon for satire against the complacent humor of the bourgeois: 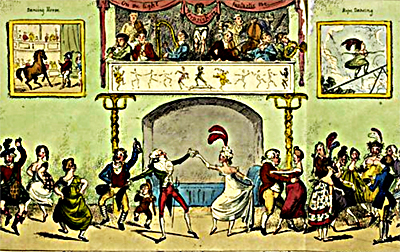 The new middle-class that sprung out was naturally cautious about their new won privileges and did not want the change the order of things. Their denial was a way of trying to coerce and control the dangerous laughter, that laugh that penetrates and damask their claim on power and wealth, their conventions and clichés, hypocrisy and propriety as false and downright ridiculous. This laughter can obviously not be controlled. By distance oneself from or repulse the vulgar laughter the bourgeoisie tried to keep it in the fringe and accordingly disarm it, or at least keep it away from themselves so they would not see themselves become dishonored and shamed.

Comedy was being divided in a low, crude, vulgar and popular laughter from the lower classes and a comedy for the bourgeoisie with the high standing humor with its Esprit and its pathos. The heartfelt, glozing amusements; the witty puns; the literary, referring merriments; the subtle figments; the restful  entertainment belongs to the latter category, while the rollicking pranks; the physical comedy; the satire; the genital jokes; the mad antics; the mockery; disability humor – in short : everything that Commedia dell’Arte and Vulgar comedy consists of- belongs to the first category.