Goldoni and the end of an era (Part 4) 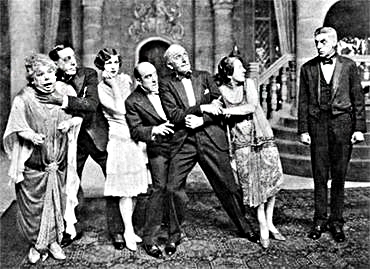 It is from this Von-oben-perspective, which we discussed in PART 3 that the bourgeois once again met with the old culture of laughter and vulgar comedy, sometime in the middle of the nineteenth century.  It was naturally still alive and had been so, livening its own life the whole time on the streets with organ grinders, conjurers and buskers; in Punch and Judy, Kasper and Burratino; In vaudevilles, burlesques and music halls, among clowns, minstrels and buffoons far from the saloons of the bourgeois.

Since the upper and middle classes no longer had any intercourse with the lower classes they did not have any connection with their culture of laughter. Instead they started seeing it as something exotic and piquant. It became once again attractive as the middle classes no longer understand it to the full. Not in any way being a part of that culture they see it from outside. Vulgar comedy and popular laughter are therefore no longer considered as dangerous. 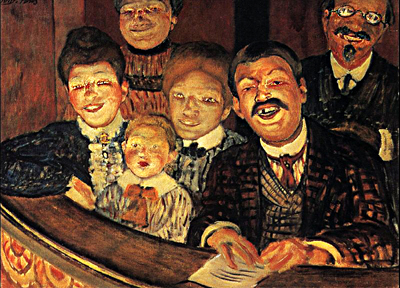 At the same time the bourgeois takes the right to judge and criticize vulgar comedy from its own perspective and its own values. They insists that the laughter should be more like their own humor, that it should contain severity (the same severity that hypocritical laughter and vulgar comedy has mocked for so long), that the satire should contain forgiving, glozing parts and so on.

See also:
THE FACE – A TOOL TO LIE WITH
CARNIVAL AND THE POPULAR FEAST
KATTORNA (THE CATS)