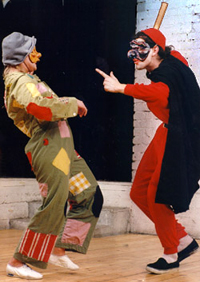 Commedia dell’Arte also built on the play with status. It is the old master/servant relation, where Pantalone and Dottore are the highest ranked and the zanni the lowest. In between them is Capitano who represents the military power, is an outsider and is not part of the community. Signora can certainly be married to Pantalone but is still relatively free. The Innamorati may be the purest and the noblest among the masks but they have to obey their fathers. Even the zanni have internal hierarchies, as first and second zanni.

These status relations are fixed and steadfast. A zanni can only win against his master by cheating, deceiving or going behind his back (literary), while the master may use corporal punishment to his servants or force his son or daughter to marry with the one he has chosen. 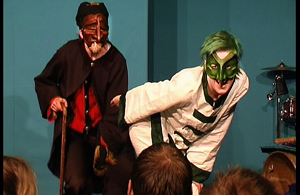 3 Responses to Hierarchies and status play in Commedia dell’Arte