Humor, on the other hand, is distance or the ability to see things from a distance. It opens up other and new angles to see a situation. It also invites us to see things from two or more perspectives at the same time, as in puns or irony.
Through this distance humor gives us a chance to reflect and see ourselves in a given situation.
Humor invites people to laugh or smile at the same things. It forms groups and in that way it is both including and excluding at the same time, it includes those it laughs with and excludes those it laughs at or those who don’t get the jokes.
Many jokers also tend to be humoristic as in a sort of competition were the joker tries to flaunt with his or her wit. Much academic humor is that way. 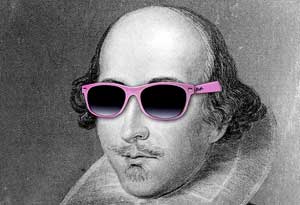 To problematize the concept of humor: it at the same time involves comedy as a part of it and it is the opposite of it. Comedy is one aspect of humor (more about that HERE) but we can also discuss humor as the opposite to comedy and Vulgar Comedy.
One can say that humor is to comedy what smiling is to laughter.
The actualword “humor” comes from the Latin word (h)umor, meaning fluid, referring to the four temperaments. When saying “to be in good humor” one mean to have a good balance between the fluids i.e. be in a good mood. The word later evoluted to “to have a sense of humor” meaning be able to understand the comical side of something.
Even the actual word has to do with balance. And balance as we shall see is quite the opposite of comedy. 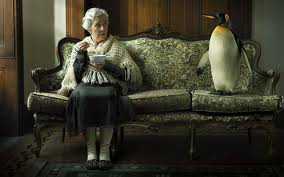 The first records of how comedy and humor started to differ are already from around 300 DC, even if the actual word wasn’t used yet (See HERE or HERE also). Laughter and comedy become a matter for the lower classes, while humor in forms of wit, irony, puns and sarcasms became a device of class for the elite. This is also why we chose to talk about Vulgar Comedy specifically.
That approach followed in early Christianity. We can see how Defensor wrote in Liber Scintillarum around 700 AD:
“Because foolery it is to laugh out loud, but a smile only indicates the joy in your soul.”
Or as Fransicuss of Assis (1182 – 1226) wrote:
“Awe the brother of the order who has his joy in vanity and empty words and  with these bring people to laughter.”
Humor was (and still is) tolerated since it gave a rest from the seriousness that was called for. It helped society to keep the status quo, while laughter and Vulgar Comedy were instinctively pro change and rebellion.
We still have to live with this attitude towards Vulgar Comedy today from those who consider humor as something more tasteful, even though it looks like this position is gradually chancing.

One Response to Humor