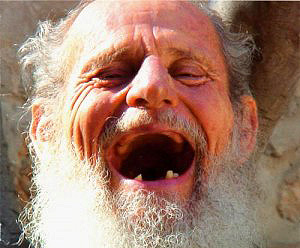 We can say that the goal for tragedy and the official theatre, in extension, is “memento mori” (remember your mortality). I am not talking about Hamlet waving Yorick’s skull or Ebenezer Scrooge facing the future after his death as in the regular memento mori art.
I am talking about it in figurative meaning. Most tragedies have both a deadly or at least very tragic ending and a wish to teach us something about life. The deadly, or merely tragic, ending is not there just to show us an example; it also shows us the importance of the subject by pointing out the final consequence when draw to its ultimate conclusion, as well as it focuses on our limited time on earth. Death also reflects back on life, the life it wants to teach us about.
The idea is that by remembering one about one’s mortality the concept of time will be quite an important issue. Time belongs to the living while eternity is for the dead. To be immortal is in a way to be dead since time disappears into eternity. Most of us handle our time in life as if we were immortal though. Therefore we must be reminded of our mortality in order to make use of our limited time. We are supposed to focus on what is important in life, or what the production of the specific play regard as important. 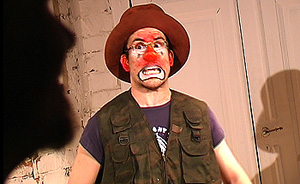 Comedy and specifically Vulgar Comedy’s first intention is “oblivio mori” (forget your mortality). It doesn’t ask us to leave our mortality or offer us relief from the burden of it. It simply abstracts it.
As said before (HERE) the most important concern for all comedy, vulgar or not, is to make people laugh, weather the comedy has a message, raise questions or just tickle us. When we lose ourselves in laughter we lose control over our bodies. In other words we become our bodies since we lose our minds to our bodies. Our bodies take control over our minds. Our minds and bodies become the same thing. There is no telling what comes first or what controls what – our minds or our bodies. Without the control over our minds and bodies we no longer carry the burden of mortality on our shoulders, since there is absolutely no room left to house it.
In this way laughter and Vulgar Comedy deprive us of our mortality.