The scenario in Commedia dell’Arte (Part 1) 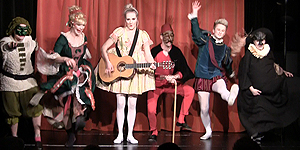 The word scenario comes from the Greek word “skene” and means stage. It is not used in the early days of Commedia dell’Arte. Instead words as centone, soggetto or just commedia as well as canovaccio that has its own post.

There are about 800 old scenari saved. Most of them are from the sixteenth and seventeenth centuries, but they are hard to date. The earliest printed collections of scenari is Flammino Scalas Il Teatro della Favole Rappresentative, a collection of about 50 scenari printed in Venice 1611. But most of these early printed scenari were written for reads and possibly help to the many amateurs that played in the courts that flourished at the time. They were not, in the form they were printed, a tool for the actors. 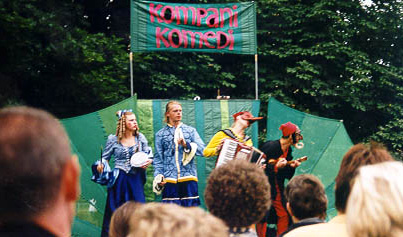 A scenario can be defined as a short description of the plot in a play, those actions that move the plot forward, scene for scene, while a script has the lines and pronounced stage directions written down.
A scescenario is always written for the actors. The comedy in it is therefore not clear for the outsider and it has no literary qualities whatsoever. It is written by actors for actors involved in a specific performance and its only function is to give the actors an overview over the show and to know what to do in a scene. Many scenari uses the same and similar situations and in a fast read through it can look like almost the same play. That is not only because the actors uses their own already rehearsed lazzi, burle, monologues, battute, and concetti, but also because the performance is built on the actors own interpretations of the masks.
Therefore it is hard to say that a scenario is a specific play or performance. Different performances vary even though they are played from the same scenario, since different actors play their masks differently and they read the scenario from the point of view of their masks. There are for instance on real indication on who is playing the lead and who plays a supporting mask. That is very convenient for me when working as a teacher since each mask naturally gets as much stage time and focus as the actor invest in the mask and I don’t have to find a fair and equal way of dividing stage time among the masks.

Continue to Part 2
Back to Performance structure

4 Responses to The scenario in Commedia dell’Arte (Part 1)