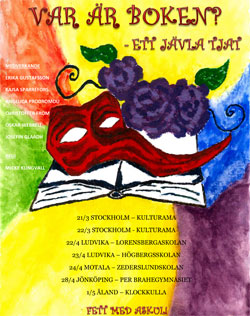 Click here to see a trailer of Var är Boken (Where is the Book). 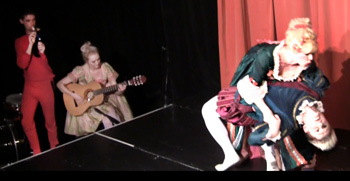 The show is a classic Commedia dell’Arte, with lots of music, rhythm, dance and acrobatics.  We focused much on not just tearing down the forth wall, but communicating all the time straight to the audience in order not making them spectators but participators invited to the feast of Commedia dell’Arte.
The lovers are trying getting each other, Dottore is looking for his medical book, Brighella is avoiding work, and Pantalone and Signora are trying to seducing the lovers, until the final party…

One Response to Var är Boken? (Where’s the Book?)