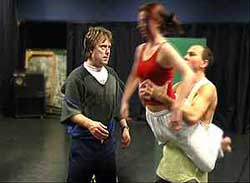 Most of my teaching was done at the Theatrestudio up until it was is put to sleep in waiting for another organizational mode in 2007. Now I work a little more than halftime at Kulturama where I am responsible for the Physical Theatre Program and teach physical theatre and with the first years students. 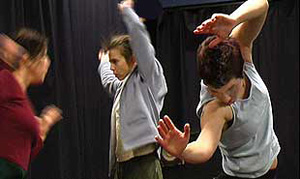 I also hold workshops, courses, lectures and lead seminars outside the Theatrestudio. They are mostly about Commedia dell’Arte, stage acrobatics, physical theatre training or mask making.
If you want to know more about any specific workshops go to WORKSHOPS.