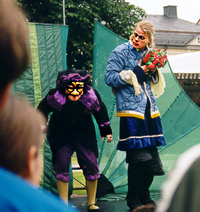 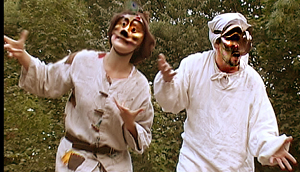 We shall not be supercilious and put our noses in the air. Commedia dell’Arte is vulgar comedy. It shall be understood and appreciated by everyone, young as old, and rich as poor. The base is about – as in all art – communication, and in this case it is about the simplest, fastest and most effective communication possible.

Click the headlines down under here to learn more about the Acting styles of Commedia dell’Arte: