The Mask from animal to human 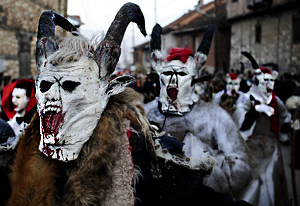 When we use the word mask here we talk about two things – the mask tools itself and the characters and roles of Commedia dell’Arte. The later goes also for the characters that don’t wear a mask since they move and behave after the same rules as the other masks, so that they can exist in the same world.

The mask was first developed by hunters in order to come closer to their prey. They started to dress in animal skins and to imitate the animals they were hunting. These imitations demanded more and more skills as they got ritualized as it became part of the hunting culture. It started as preparations for the hunt and turned in to formalized dances and rites. They impersonated the animals they were going to kill and also acted out the actual killing by the hunter. 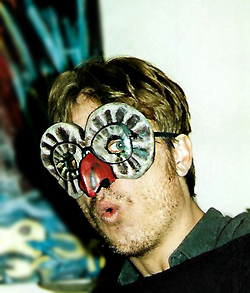 Eventually the masks and the animal imitations took place in other rites, such as harvest, passage and fertility rites. These rites developed also masks of spirits, demons, gods, devils, even heroes and other humans. But the masks were never used to personify the role or character it impersonated as an individual. In the same way as it, from the beginning, only represented the animal that was hunted is the mask always a representative for something larger then itself. The mask has always the function of being the image of the actual variety it is impersonating, like a profession, an age group and so on, or even a specific individual, but then it is a god, a king or a hero who in turn though his variety position is a representing something more than himself.

As the animal imitations become more human when they took place in other rites the content also developed to have more of a plot with an explicit action line. For that reason the character of the masks developed to get more personal characteristics.
Now something interesting starts to happen. This doesn’t make the mask loose its universal qualities, but remains a representative of a variety. Instead the relationship becomes mutual. Characters are created from the masks, like Santa Claus (at least the Swedish version), the Yule Goat, Batman or the Clown for instance. 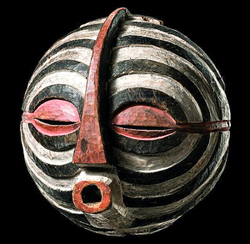 All masks in all cultures have their origins in the animal world. We can still see, even today in different carnival traditions, everything from pure animal masks to demons, witches, Commedia dell’Arte masks or modern examples like mock Trump masks and Guy Fawkes masks.

One Response to The Mask from animal to human