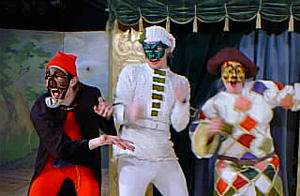 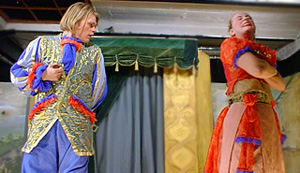 The story-line in ”Lezione dell´Arte” was built upon the play: ”the Forced Marriage” by Jean-Baptiste Molière, but it also contained scenes from considerably older sources. Some scenes was based on the ensemble’s improvisations, and a few scenes did not have a script at all. 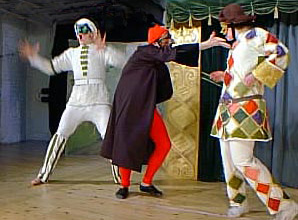 “Lezione dell´Arte” also included its own story that was very much worth seeing for its own sake. The play was about Pantalone who wished to marry a very young girl, and the way he came to regret this decision. In his effort to find help with the question he met one mask after the other.