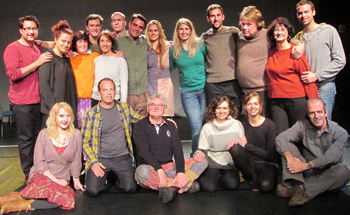 This EUROPEAN POLYTHEATRE PROJECT is about workshops. We are five theatre groups from different places In Europe (Machina Drama Group from Greece, MTM mimoteatromovimento from Italy, Transversal Theatre from Netherlands, Kompani Komedi from Sweden and Les Amis de la Salle paroissiale Sainte-Anne from Belgium) giving workshops to each other. The workshops are supposed to have some kind of presentation as a goal for the work.
The project is not an art project. It is really about education and it is supported by EU through its Lifelong Learning Program. 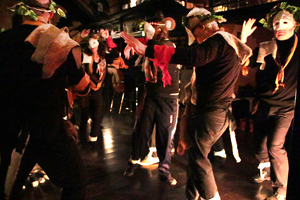 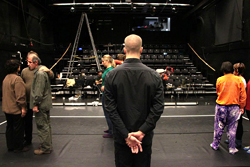 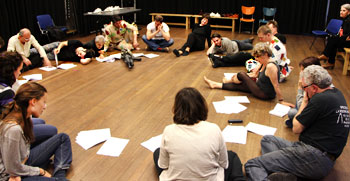 All of the workshops have some connection to migration wish is the theme for the project. 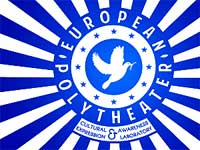 One Response to European Polytheatre