What we really know about Commedia dell’Arte (Part 1) 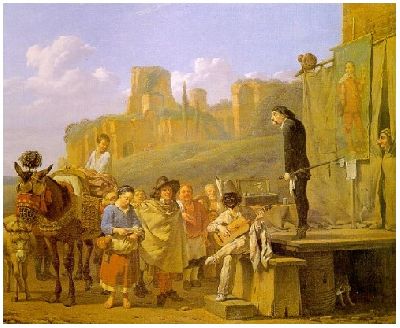 No one can say what a Commedia dell’Arte show really looked like in the renaissance. Neither do we know about the relations between the actors and the rest of the population or what is myth and what is true in all that is said and written today. What we do have to refer to is lots of scenario, lazzi, canovacci, descriptions from old letters and diaries, contracts, administrative papers, actor’s notes and their zimbaldoni, books on acting, preserved masks and most of all a rich material in paintings, etchings, sketches, even sculptures.

It is funny to hear how many people today claim to know what is real Commedia dell’Arte and what is not. Especially since most of us in theatre despise the idea of “museum theatre”. Here are a lot of dogmatic bearings and lots of them are in conflict.
There are also plenty of myths of what Commedia dell’Arte is. Everything from that it takes at least three generations to make an actor to the idea of Commedia dell’Arte as some sort of exceptionally infantile form of children’s theatre. 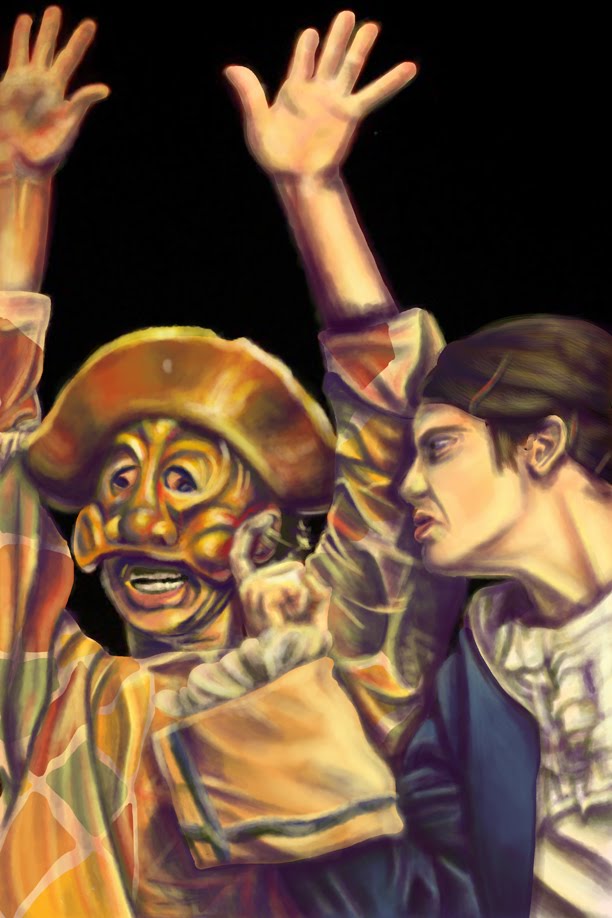 Too me it is that uncertainness that makes the form so attractive, to not know and always have to research in order to be able to understand the form and its use; to use the form, or my interpretation of the form, as a springboard of comedy; to explore the needs then and now.

I have touched the idea about why it is so hard to know what Commedia dell’Arte once was in part 4 of the Royal Dramatic Theatre- speech.